There are many things the iPhone can do with the tons of apps available to download, now scientists at NASA’s Ames Research Center have created an add on for the iPhone that can detect chemicals in the air.

The gadget plugs into the dock connector on the iPhone and it can detect traces of methane, ammonia and chlorine gas in the air. 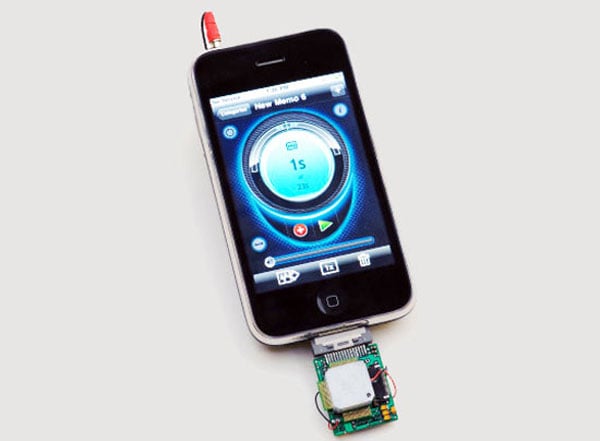 The device Li developed is about the size of a postage stamp and is designed to be plugged in to an iPhone to collect, process and transmit sensor data. The new device is able to detect and identify low concentrations of airborne ammonia, chlorine gas and methane. The device senses chemicals in the air using a “sample jet” and a multiple-channel silicon-based sensing chip, which consists of 16 nanosensors, and sends detection data to another phone or a computer via telephone communication network or Wi-Fi.

NASA have said that this new technology could bring low cost, high powered, nanosensor based chemical sensing capabilities to mobile phones, and we could even see similar devices embedded in mobile phones in the future.