Researchers at Stanford University have created a nanotube-infused artificial skin that is stretchable, super-thin and pressure sensitive. The Bao Research Group led by Zhenan Bao has demonstrated the new film/skin which is created by spraying the carbon nanotubes in liquid suspension onto a thin layer of silicon.

This new  nanotube-infused artificial skin can register pressure ranging from a firm pinch between your thumb and forefinger to twice the pressure exerted by an elephant standing on one foot. Watch a video after the jump which explains the process in more detail. 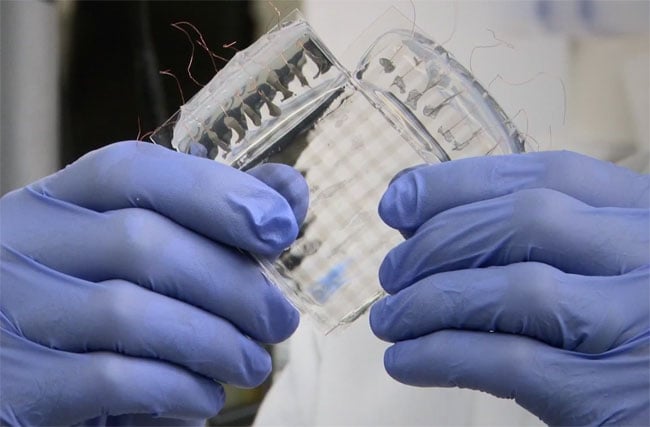 textThe silicon compound is then stretched, to aligns some of the nano-bundles; when released, some of the tubes are bent into a spring-like configuration. Applying this stretching in two axes creates a film that the researchers say can be “stretched in any direction” while completely rebounding afterwards.