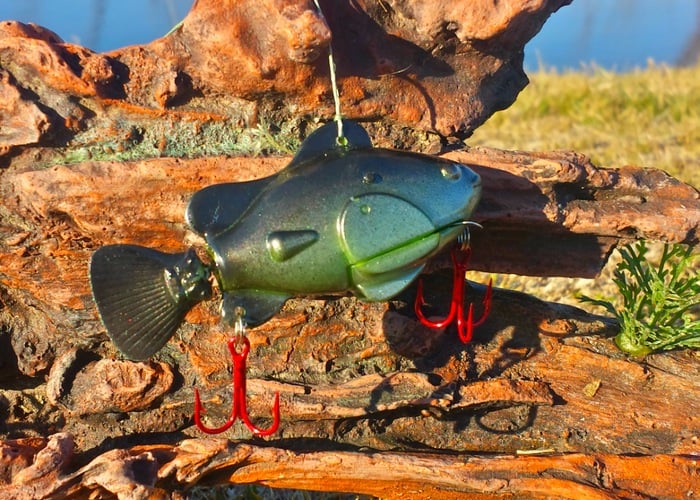 Anglers looking for an edge when trying to catch those larger than life trophy fish, might be interested in a new piece of tackle call the Nano Lure.

The Nano Lure is a new patented robot fishing lure that will swim by itself imitating a real fish. Watch the video after the jump to learn more about this electronic Nano Lure and how it might help you catch those trophy fish.

The Nano Lure has been created to provide anglers with a more realistic fishing lure that once cast creates a realistic swimming action by swimming by itself, to attract those bigger fish.

The fish will go through a set of 3 cycles repeatedly  slow, medium and fast then go back to slow and so on as long as it is in the water, once you take it out of the water it will finish its cycle and turn off. Battery life is about 4 to 6 hours of swimming time, each Nano Lure includes an extra set of batteries.”