If you happen to be a fan of the BBC automotive program Top Gear, you’re familiar with that ever mysterious and ever-masked character simply called, “The Stig.” 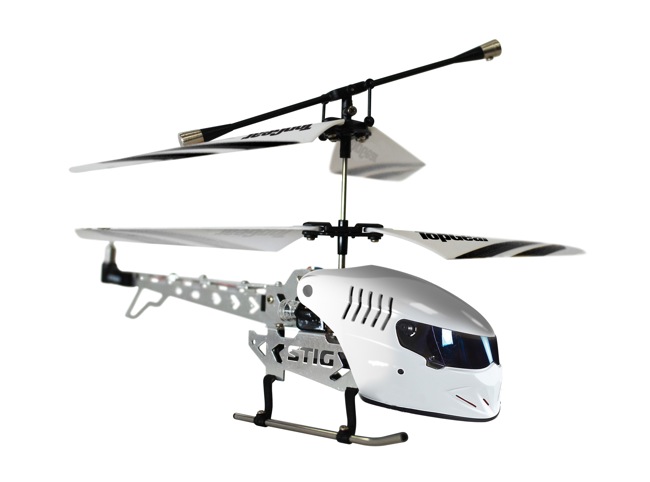 Surprise, surprise, the man’s got a mini-copter named after him and sporting his mug—yup, that’s his visor helmet for a cockpit. It doesn’t shoot missiles and have night vision though, but it can go places for sure.

Capable of 8 to 15 minutes of super-powered flight per charge, The Stig Copter is a marvel of miniaturized engineering that will soar to the heavens and basically reinforce the myth surrounding the character it is based on.

However, you shouldn’t fail to appreciate its innovative twin rotor design. Twin rotors on helicopters, as opposed to having a single tail rotor, allow for maneuverability most ‘copters don’t have.

In fact, a twin rotor heli can do spins, tricks and whatnot. Just be careful not to crash attempting to perform this stunt. Maybe remembering its $60 retail price will keep most would-be pilots on the safe side.