A new project has landed on the Kickstarter crowd funding website which has been created to allow you to use your iPhone as an EMF detector, using an adapter that plugs into your 3.5 mm headphone port, and uses a companion app to display results.

Enabling you to detect invisible EM radiation from household appliances such as your HDTV, your car, or whatever might be lurking in your closet or under your bed. Watch the video after the jump to learn more about the Mr Ghost project and see it in action. 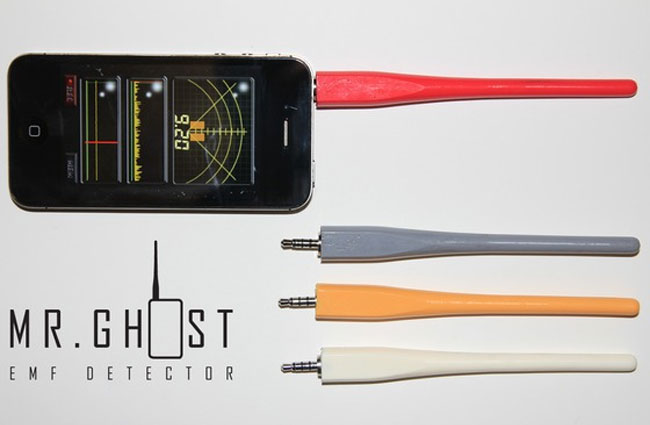 The iOS application is fully compatible with the iPhone4, 4s, and 5 as well as iPad 2, iPad 3, and iPad 4 and iPod touch 4th and 5th gens devices. Its creator Aaron Rasmussen explains:

“Fancy yourself a ghost hunter? Mr.Ghost plugs directly into your mic port to detect electromagnetic radiation sources. Because it’s fun, and humans can’t help but be curious. Learning about an unseen world in your own home is exciting. Also, seeing how much EMF various appliances are leaking is instructive. A lot of different people believe a lot of different things about what EMF does, some people use it for ghost hunting. You’re welcome to research it.”