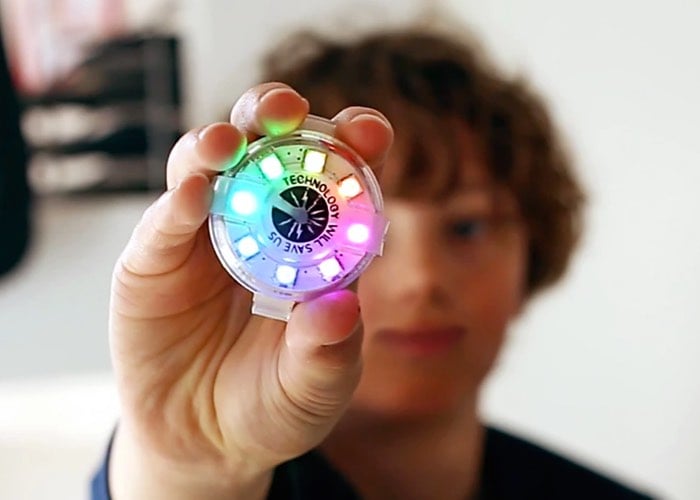 A new electronics kit has been created by the team over at Technology Will Save Us, which has been designed for children over the age of 8 to learn the fundamentals of programming, electronics and problem-solving in a creative, imaginative and playful way.

The Mover Kit has been created to specifically encourage children to learn by doing what they do best “being active and playing” says the development team and has been named Forbes’ Toy to Watch in 2016.

Check out the promotional video below to learn more about what you can expect from the Mover Kit which is taken to Kickstarter to raise the required $50,000 the team needs to take the kit into production.

Pledges start at $45 for super early bird backers and offer the Mover Kit together with a free Make platform. Its designers explain more about the inspiration and functionality of the kit.

Make it – Straight out of the box, kids (and parents!) can connect the electronics, case, and accessories together to build their very own Mover Kit. It’s as simple as making a LEGO house or paper airplanes – but way cooler.

Move it – Then, kids can bring the Mover Kit to life through movement. Slap it on their wrist, attach it to their scooter, make a disco necklace. Running with the dog, spinning in the backyard, dancing with dad, scooting to school and exploring outside are just some ways to play with the Mover Kit.

Invent it – Kids can then create their own “modes” on the Mover Kit by programming the motion sensor (accelerometer), compass (magnetometer) and rainbow lights (LEDs) with our online platform called Make, designed specifically for kids to make and code.

For more details jump over to the Kickstarter crowdfunding website via the link below.