Putting it frankly, a Mossberg 500 is a badass gun. But a survival expert has gone out of his way to make it awesome to the point of near-ridiculousness. By chronicling his extensive mod, he offers a glimpse into a unique aspect of the American imagination. 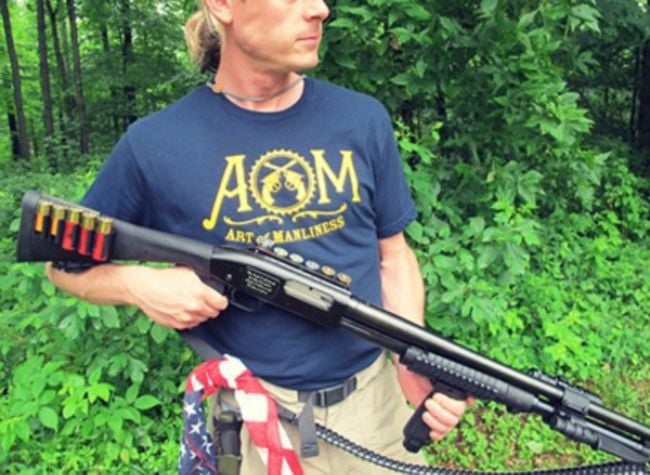 It seems that in almost every form of media—American media largely—post-apocalyptic scenarios persist as a viable setting for adventure yarns. As far as our own memory goes, the post-apocalyptic scenario or at least a variation of it only goes as far back as Jules Verne’s “Mysterious Island.” If you want, maybe even “Robinson Crusoe.” Basically a man-detached-from-civilization kind of tale where sheer grit and ingenuity carries the day.

The funny thing is, even if this mode of storytelling has popped up in European literature and cinema, it remains very prevalent in the United States. This idea that at some point, it will all collapse. The interesting part is when constructing post-apocalyptic storylines Americans usually go as far as just rebuilding the broken society. Are campy Hollywood plots to blame?

This of course contrasts the real experience of older civilizations around the world. See the Chinese, for example. For the last two thousand years at least, Chinese society has imploded and been destroyed through invasion or internal strife a lot of times. But there’s always full-scale renewal and little dwelling on apocalyptic scenarios in the popular imagination. The same goes for places like the Horn of Africa and the Middle East.

Anyway, we’re riding our crazy horse too much. Seen up north is a shotgun with a flashlight, bayonet, and a whole first aid survival kit tucked into the butt stock. Impressive.

Are there any U.S.A. readers ingesting this post? Care to explain why Americans are so fixated on survivalism? Is it a throwback of the frontier mentality?