The photo below shows a range of specifications on this yet to be announced rugged Android tablet from Motorola, which include a 7 inch display with a resolution of 1024 x 600 pixels and a dual core 1GHz processor, plus 1GB of RAM and 8GB of storage. 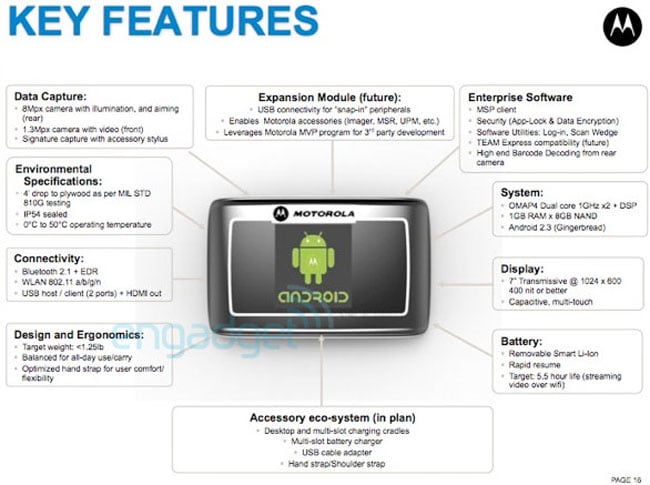 According to the report, this new Android tablet will go into beta testing in October of this year, as soon as we get some more information we will let you guys know. Take a look and our article on Android vs iPhone to see which smartphone and mobile platform is best for you.