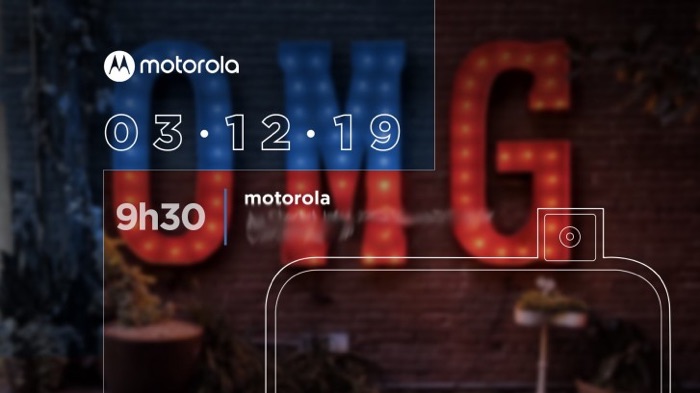 Motorola is teasing a new smartphone that will be launching next week, the Motorola One Hyper and the handset will be made official at a press event in Brazil.

Motorola are holding a press event in Brazil on the 3rd of December and they will make the new One Hyper smartphone official at this event.

The device will comes with a 6.3 inch IPS LCD display that will feature a FHD+ resolution and it will be powered by a Snapdragon 675 mobile processor.

The handset will come with 4GB of RAM and 128GB of storage and it will feature a pop up Selfie camera with a 32 megapixel sensor. On the back there will be a 64 megapixel camera and an 8 megapixel camera.

We will have full details on this new Motorola One Hyper smartphone when it is made official at Motorola’s press event next week.