Pictures have today been leaked revealing a very early prototype which could be a Motorola Google Smartwatch created some time ago and codenamed Gem.

As you can see from the images the device is fitted with a rubberised strap as well as a rocker switch on the top of the device, a back button and a further button positioned on the left-hand side edge of the screen. 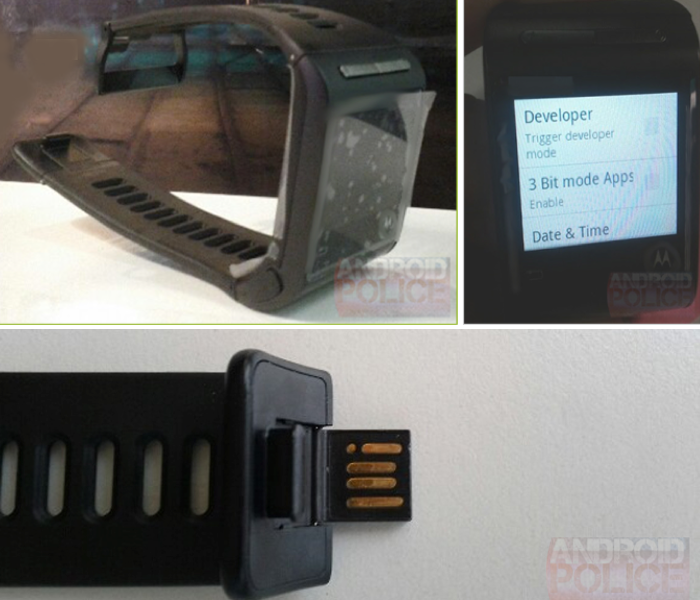 “We’ve decided to put a few of our cards on the table and give readers a peek at the Motorola prototype that never became a real product. According to our anonymous source, the device was allegedly going by the name Google Watch, with the official code name Gem, and fell into the Nexus category of devices. Whether a future watch will keep the codename Gem is uncertain.

It’s important to note that what we are looking at here is a prototype, not a finished product. The photos we have are of a model believed to exist in 2013. It is likely that, had this become a real product, consumers would have seen significant hardware and software differences. First, let’s look at the photos.” 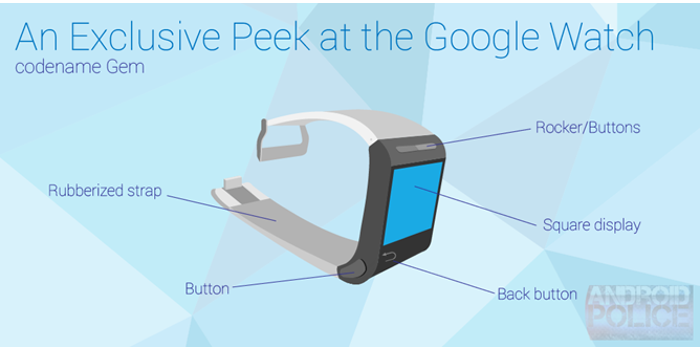 Earlier today Motorola Mobility confirmed via their Twitter account that they are currently developing a smartwatch that will be available later this year. However this new smartwatch is expected to be an independent device without any input from Google.

Its also been reported today that Google may have partnered with LG to create their new Google smartwatch and customised Android operating system, which may be unveiled next month. As soon as any more information becomes available about the Google smartwatch, Apple’s iWatch or any other wrist worn devices we will keep you updated as always.