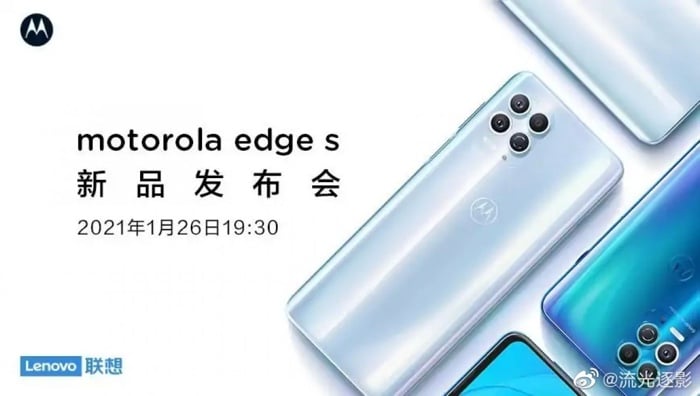 It looks like we have some more information on the new Motorola Edge S smartphone, a poster for the handset has revealed that the device will have four rear cameras, this can be seen in the picture above.

The handset will come with a 6.7 inch display with a Full HD+ resolution, it will also come with a 5000 mAh battery.

As we can see from the photo the device will have four rear cameras, the main camera will have a 64 megapixel sensor, we do not know the excat details on the other cameras as yet.

Motorola will be making their new Edge S smartphone official later today and we will have full details about the handset then. The device will be made official at 11.30 UTC.