The Motorola Droid X features a 4.3 inch capacitive touchscreen display with a resolution of 854 x 480, it is powered by a 1GHz TI OMAP processor, and features an 8 megapixel camera that is capable of recording HD video in 720p. 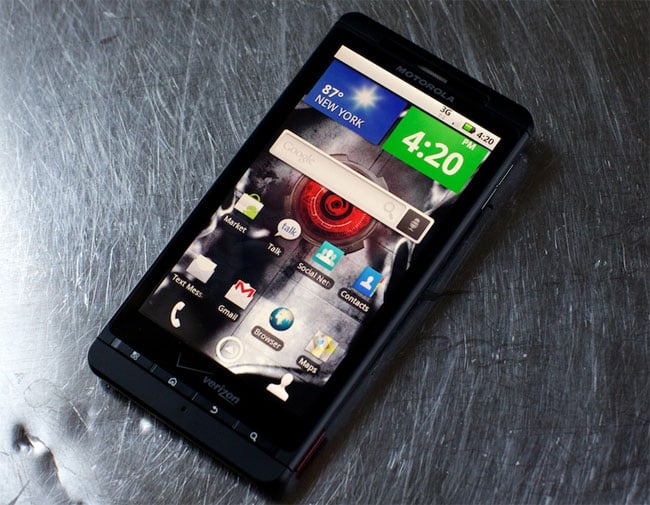 Other specifications on the Droid X include HDMI out, 8GB of built in storage, plus a Micro SD card slot for expansion, there is also a multitouch keyboard with Swype and it can also be used as a WiFi hotspot for up to five different devices.

The Motorola Droid X comes with Android 2.1, but this will be upgraded to Android 2.2 later in the summer, it also has three built in microphones for video and noise suppression, and it features a new version of Motorola’s Motoblur.

The Motorola Droid X is available now from Verizon for $199 after a $100 mail in rebate. Have a look and our article on Android vs iPhone to see which smartphone and mobile platform is best for you.