We told you about the new Motorola Droid X Android smartphone earlier today, and it has now just turned up on Verizon’s website with some more details about this new Android based smartphone.

It looks like the Droid X will feature a 4.3 inch screen, and according to the Verizon site the screen is a 720p display which would make this the highest resolution smartphone on the market, when it is released. 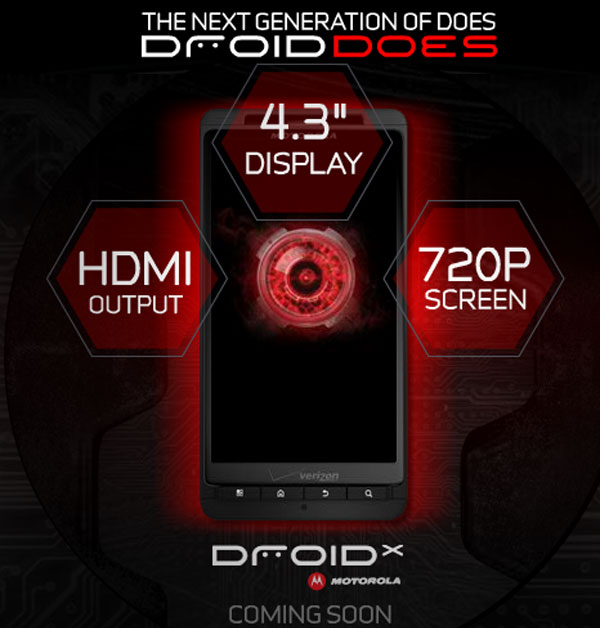 If it does come with a true 720p screen, as the website suggests this would be amazing for a smartphone, the website also says it comes with HDMI out, which we already new, I wonder if they mean the 720p display via HDMI out.

As soon as we get more information on the Verizon Motorola Droid X we will let you guys know.

Update the Motorola Droid X has now officially been announced, full specifications at the link below. Have a look and our article on Android vs iPhone to see which smartphone and mobile platform is best for you.