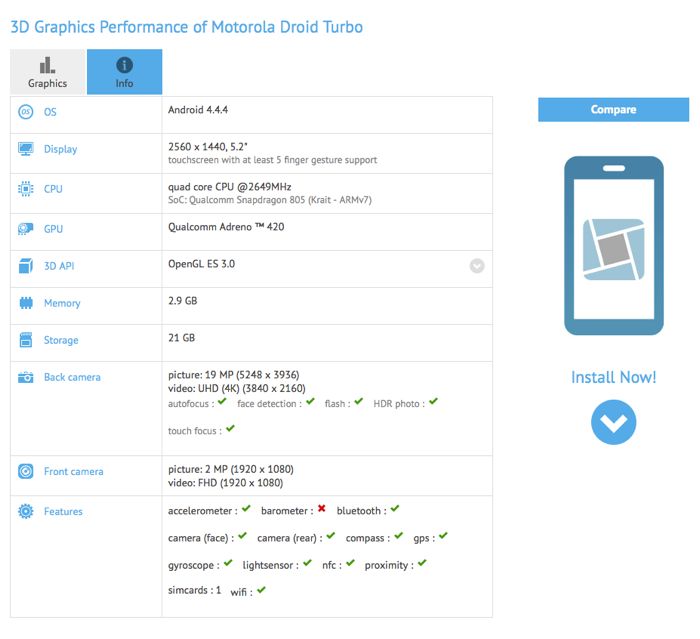 We have already seen some photos of the new Motorola Droid Turbo, which is expected to launch on Verizon Wireless shortly, and now the device has appeared in some benchmarks.

The Motorola Droid Turbo has appeared in the GFX Bench benchmarks, and some of the previous specifications we heard about the device have been confirmed.

The Droid Turbo will come with Android 4.4.4 KitKat and the handset features a 5.2 inch Quad HD display with a resolution of 2560 x 1440 pixels.

Processing on the new Droid Tubro comes in the for of a quad core 2.65GHz Qualcomm Snapdragon 805 processor, there is also an Adreno 420GPU and 2GB of RAM.

As yet there are no details on exactly when the new Droid Turbo will land on Verizon Wireless, as soon as we get some more details about the device, we will let you guys know.