The team over at iFixit have been busy again dismantling technology and this week have applied their screwdriver to the Motorola Droid 3 smartphone which now features a dual-core 1GHz ARM Cortex A9 processor.

iFixit has given the new Motorola Droid 3 a repairability score of 6 out of 10 and explains that the battery is easy to replace and that no security screw have been used in the construction of the device. However most of the components within the Motorola Droid 3 have been mounted to a single ribbon cable which means that replacing one component requires replacing them all. 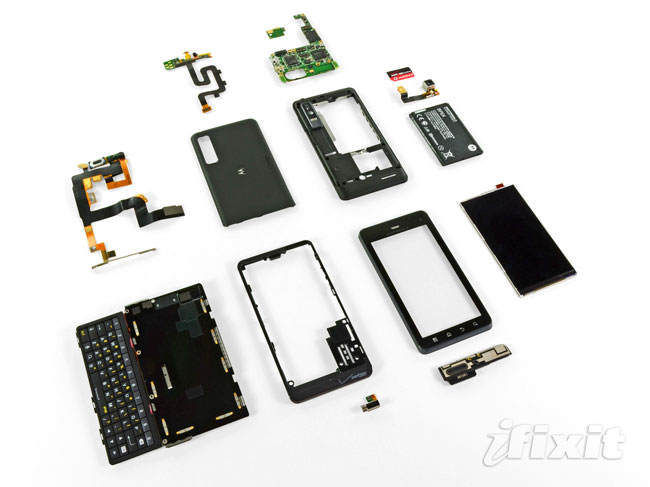 As far as a screen replacement goes, unfortunately to access the LCD the whole device needs to be dismantled and there is a lot of adhesive holding the components in place. More information and the full Motorola Droid 3 teardown can be viewed over at the iFixit website.