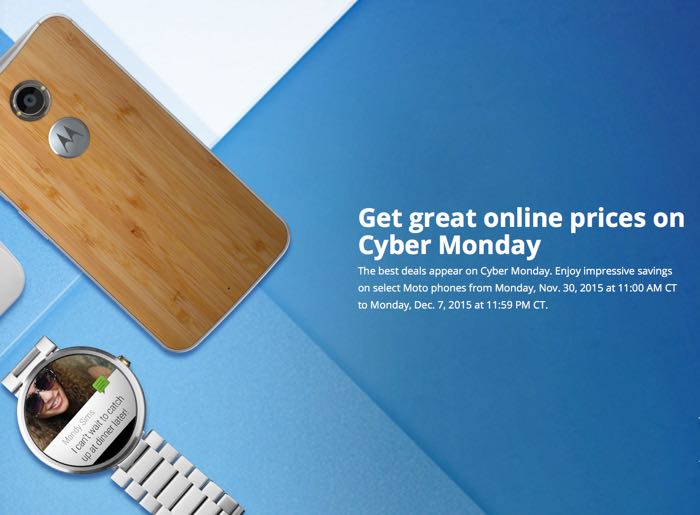 Motorola has announced some new deals for Cyber Monday on a number of its devices, the deals will be available from Monday the 30th of November.

There are three deals available starting the 30th of November and they will be available for a week until Monday the 7th of December.

The Moto G will also be available as part of the deal, this handset normally costs $179.99 and it will be dropped to $99.99 next Monday.

Finally the first generation Moto 360 smartwatch will be reduced to $149.99 next Monday, this device normally retails for £299.99. You can find out more details about all of the Motorola Cyber Monday deals at the link below.