According to Reuters Motorola and Microsoft [MSFT] have formed a partnership that will see Microsoft’s Bing as the default search on Motorola handsets, and also bring Microsoft’s Maps to their smartphones.

It looks like the first phone which will feature the new service will launch in China within the next few weeks, with the possibility of expansion into other countries. 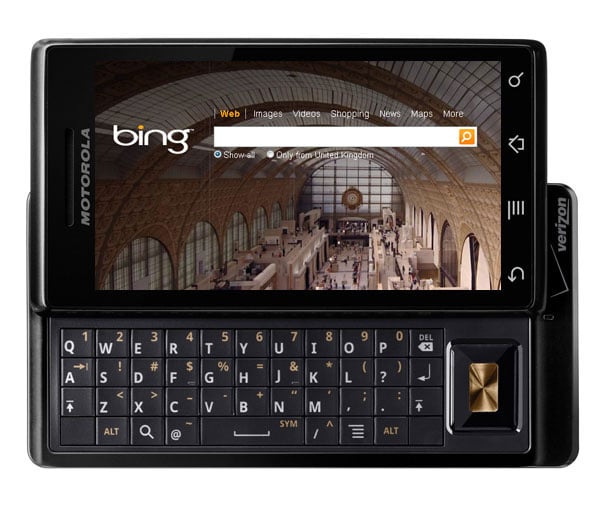 As China and Google are in dispute over Google’s search, this deal makes sense as Motorola will be able to launch smartphones with search built in in China.

It is not clear whether we will see Bing as the default search in other countries like the US and the UK, although this could be a possibility as we have already seen AT&T’s first Android powered smartphone launch with Yahoo Search.

As Android is an open platform, manufacturers can choose exactly what sort of applications and default search providers they want to install on their smartphones when they are shipped.

If Microsoft are obviously paying manufacturers to use Bing we could end up seeing more and more Android smartphone makers switching from Google Serach.