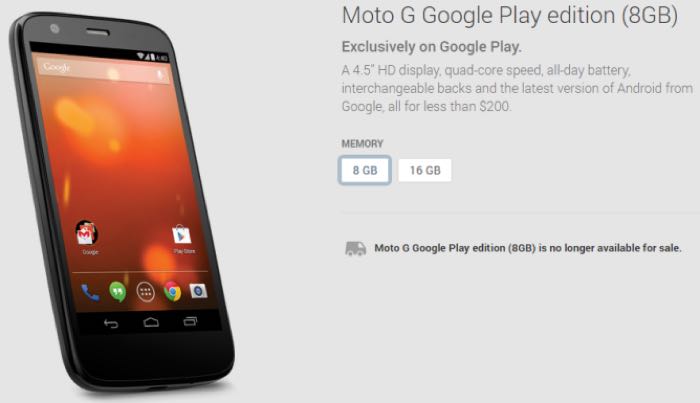 The original Moto G Google Play Edition has been available since January of last year, and now Google has removed the device from the Google Play Store in the U.S.

Both the 8GB and 16GB versions of the Motorola Moto G Google Play Edition are now showing as ‘no longer available’ on the Google Play Store.

The handset was based on the original Moto G smartphone, this has now been replaced by the second generation Moto G.