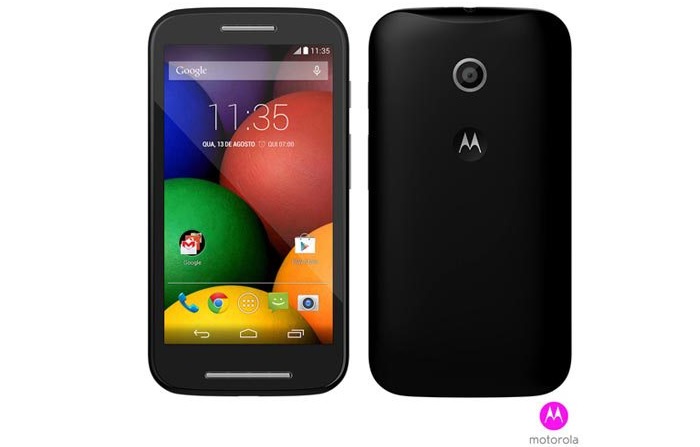 Motorola is rumored to be working on another budget-friendly handset, which might replace the Moto G. The company has scheduled an event on May 13th, where they are expected to unveil the purported Moto E.

The handset looks quite decent, and is almost the same size as the Moto G. Based on the product listing on Fast Shop, the purported Moto E will rock a 4.3-inch display with unknown resolution (possibly 720p as Moto G), and is powered by a dual-core Snapdragon processor with 1GB of RAM and 4GB internal storage with a microSD card slot for expandable storage.

Other listed features include 5MP camera for photos and videos, 1,980 mAh battery, dual-SIM support, and should come with Android 4.4 KitKat as its operating system. The product page lists the handset in three colors: black, turquoise, and lemon.

We’re hoping to see the handset next week at the event, and there’s a chance Motorola might release another device at the event, which comes with better specifications.