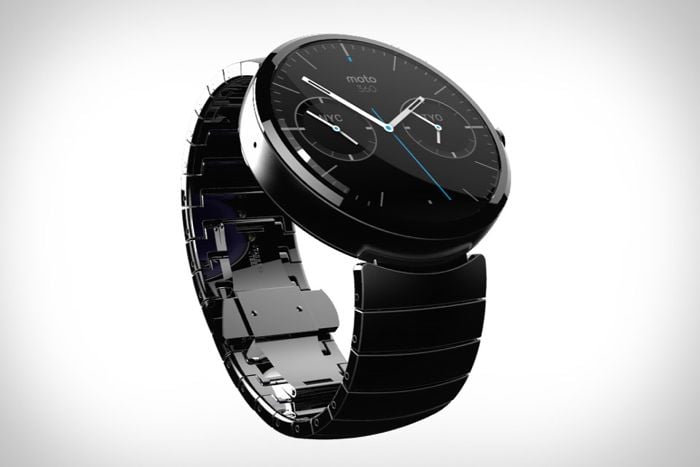 Verizon are taking pre-orders on the metal band version of the Moto 360, and the device is available to pre-order for $299.99, and it comes with a choice of stainless steel or black.

The Moto 360 comes with a 1.56 inch touchscreen backlit display that is equipped with a resolution of 320 x 290 pixels, and the device is powered by a TI OMAP 3 processor.

Other specifications on the Moto 360 include 512MB of RAM and 4GB of built in storage, the device also comes with, Bluetooth 4.0 LE, a built in heart rate monitor and a pedometer.

The Moto 360 comes with Google’s Android Wear OS, and the device is compatible with Android smartphones and tablets that are running Android 4.3 and above.

Verizon has the new Motorola Moto 360 with the steel band listed with a shipping date of the 11th of November 2014, you can find out more details at the link below.