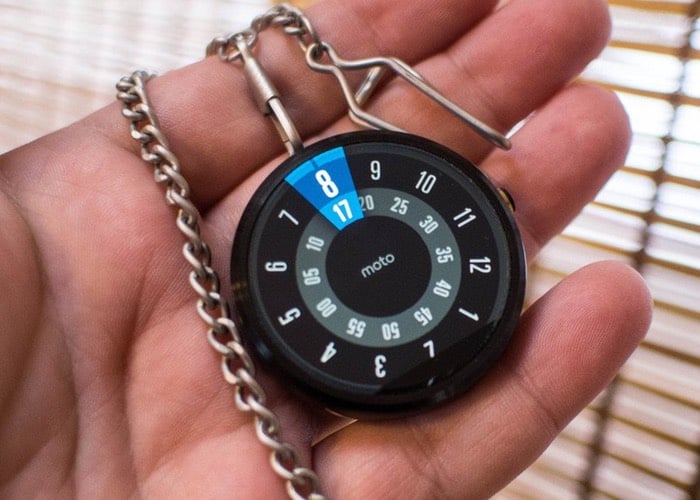 Originally launched during the autumn of last year the new Moto 360 smartwatch is powered by the Google Android Wear platform and is equipped with Google Now.

Now the team over at Android Central has modified the smartwatch to provide a more retro timepiece in the form of a Moto 360 pocket watch, thanks to a few custom parts which have been created using a 3D printer and an antique watch chain. 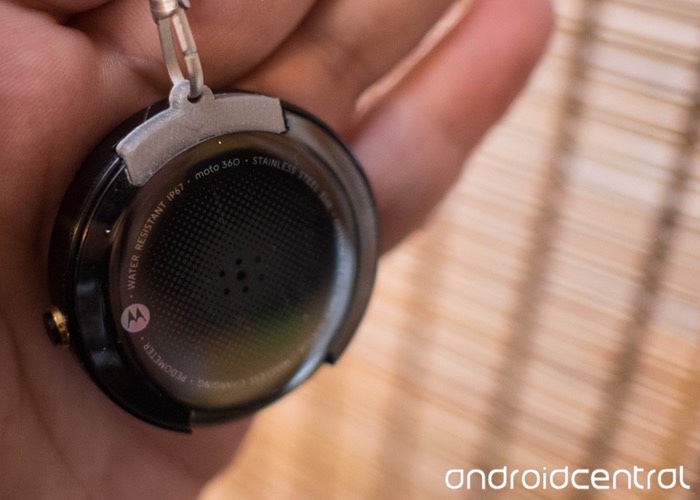 “As amazing as the round design looked on the wrist, the way Motorola had embedded the watch band connectors into the casing with no lugs on either side gave me visions of a smart pocket watch. With our recent exploration into 3D Printing here at Android Central, now seemed like the right time to see what was possible. What happened next was a solid week of tinkering, printing, very nearly destroying a Moto 360, and at last ending up with a functional design that could be used as a pocket watch.

The Moto 360 pocket watch design has been published as a remix on Thingiverse for anyone to try out for themselves, but it is important to remember that 3D Printers aren’t always the most precise things on the planet when printing things this small. Tiny errors can completely ruin prints, and if there are any imperfections on the outer edges of the print you run the risk of stress fractures on the bottom of your Moto 360 if you just carelessly jam the cartridge in.”

For more information on the new Moto 360 pocket watch design jump over to the Android Central website for details via the link below.