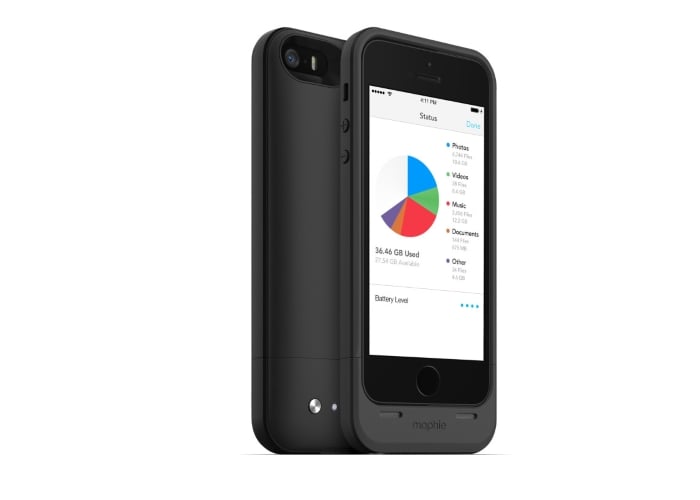 Do know that Mophie Space Pack has been around for a while, but in 16 and 32GB storage options, it’s lately that the company decided to offer more users to storage hungry users.

The battery case is compatible with iPhone 5S and iPhone 5, and comes with a hefty $249.95 price tag. But, considering the usefulness of the case — extra storage and double battery time — most users shouldn’t have any problem spending this much on a battery case. The case measures 2.57 x 5.66 x 0.63 in and weighs only 2.8oz.

The company says Space pack can provide users with an additional 8 hours of talk time and 10 hours of video playback when fully charged — on top of the built-in iPhone battery.

The only drawback is that you have to download the companion app from the App store to manage the storage on the battery case, as it doesn’t integrate seamlessly with the build-in battery on the device.