Some of our readers will remember the Noteslate that we featured on the site a while back, its basically an electronic ink tablet with a smart design and real paper feel. Its fitted with a battery which is capable of providing up to 180 hours of use from a single charge and weighs in at just 240g.

The Noteslate is still in the concept stages at the moment, but it is according to the manufacturer due to go into production later this year, have a look at the new product shots recently released. 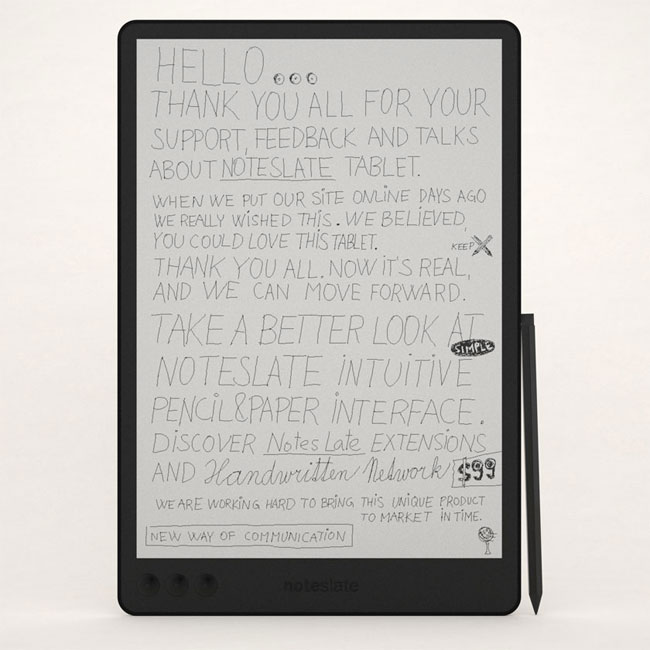 The Noteslate seems like a cool idea, it will be interesting to see if it finally makes it into production, have a look at the gallery below.