There is hardly event a single day when we don’t hear any rumor or leak of Motorola’s upcoming smartphone, Moto X. Since its inception, the device has become the center of attraction for the entire internet, may be due to the fact the company is now owned by Google, and like every other Google product, people have high expectations from the much awaited Moto X. Recently, we saw an image of Moto X in the hands of none other than our very own, Eric Schimdt at the ongoing Allen & Co. annual conference. Today, we have another leaked image of the alleged Moto X. 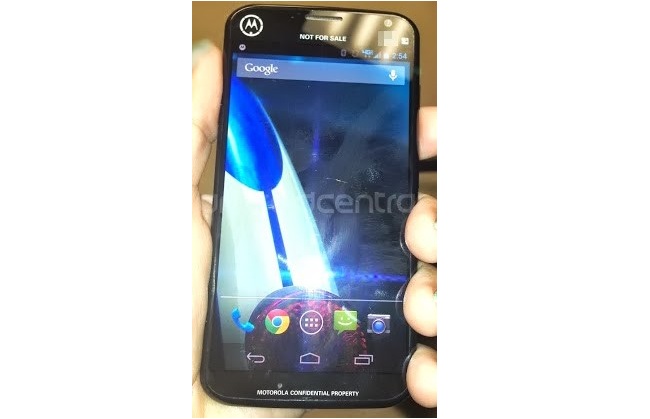 The image does not show us many things but it do reveals LTE support for the upcoming Moto X. The images also suggest that the device may run a newer version of Android that is different from Android 4.2.2. The background behind the soft-keys is semi-transparent compared to the solid Android 4.2.2 Jelly Bean. This may indicate the customization Motorola talked about and we may be looking at a new look for the Stock Android launcher.

If you don’t know, rumors are suggesting that the device will hit the shelves on 23rd August, thanks to the leaked Verizon roadmap.