Not too long ago, Google inadvertently revealed the look of the redesigned Dialer app on Android while resolving an issue faced by a user. Since then, it has became the talk of the town. 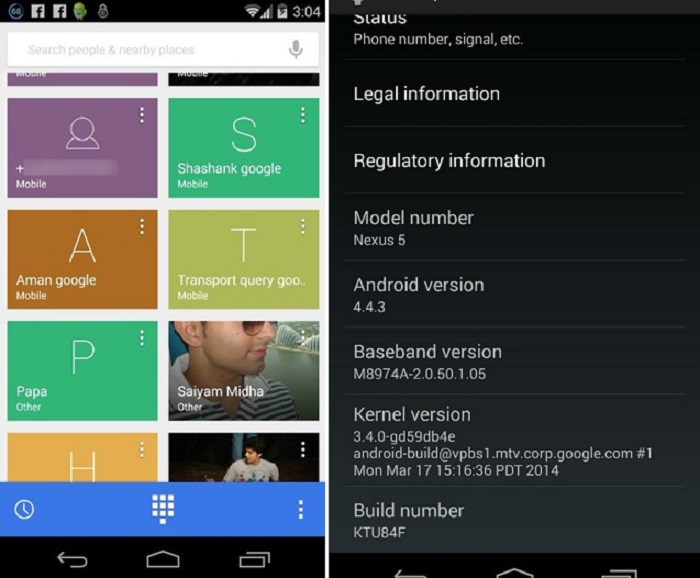 The new dialer app leaked earlier this week came with a blue action bar instead of a grey one, and today’s leak shows new card-based UI for the contacts section of the dialer app. If you have a contact saved with an image, the app will show it on the card, while for those without a contact photo, a random background color will be applied to it.

There’s no official word about the roll out of Android 4.4.3 at the moment, but it shouldn’t take too long. We’ll update you as soon as Google starts rolling out the latest update for the Nexus line up.