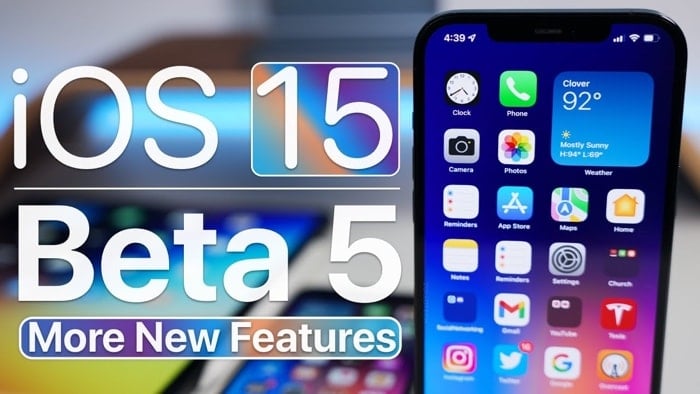 The new video from Zollotech gives us a look at some more new features and changes that are included in the latest beta of Apple’s iOS 15.

Apple also released HomePodOS 15 beta 5 at the same time, this now adds in options for Dolby Atmos and Apple Lossless with Apple Music on your HomePod and iPhone with iOS 15.

There is also a new feature where find my iPhone cannot temporarily be turned off without entering your passcode to your device, this is an additional feature that has been added.

This update also comes with some new updates for a range of icons in the Control Center and more. There are also some new features for Apple’s Safari and also updates to Apple’s Focus mode and more.

As this is the fifth beta in the series we should not be too far off the final versions of Apple’s iOS 15, we are expecting the final version to be released next month along with the new iPhone 13 handsets. As soon as we get some details on a release date we will let you guys know.