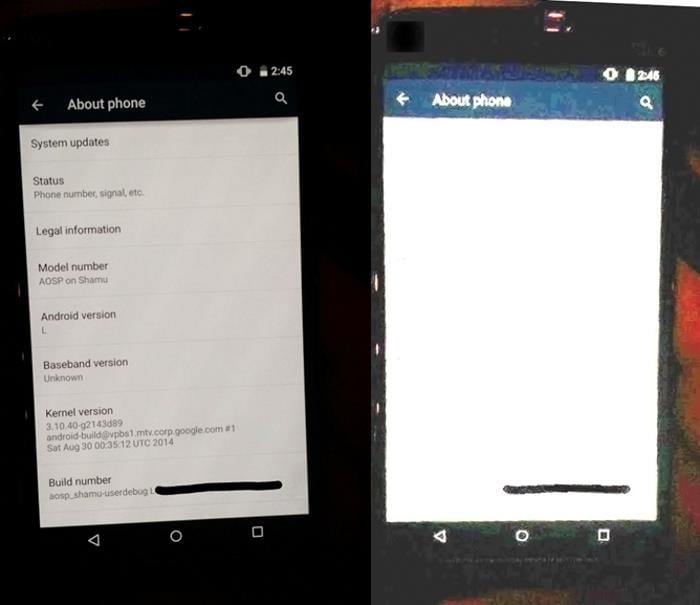 Motorola Shamu has seen its fair share of leaks in the past few days. Yesterday, the handset was spotted alongside the LG G3, hinting at a much larger device.

Now, another image has surfaced for the alleged Shamu device running Android L as its operating system, codenamed quark.

We’ve seen a number of rumors hinting at the launch of the device, including some of the specifications the handset is expected to bring at the table. Rumors suggest the alleged device will come with a 5.9-inch display sporting a resolution of 2560 by 1440 pixels, a quad-core Snapdragon 805 SoC clocked at 2.6GHz, 3GB of RAM and 32GB of internal storage.

On the back, there’s expected to be a 13MP camera for photos and videos, as well as a 2MP front-facing camera for selfies, a 3,200 mAh battery and should come with Android L as its operating system.

Previous images have revealed the handset in question looks like a scaled up Moto X, with a similar back, and Motorola as the manufacturrer.

There’s no word about the device from Motorola so a grain of salt is recommended. We’ll update you as soon as any other information comes up.