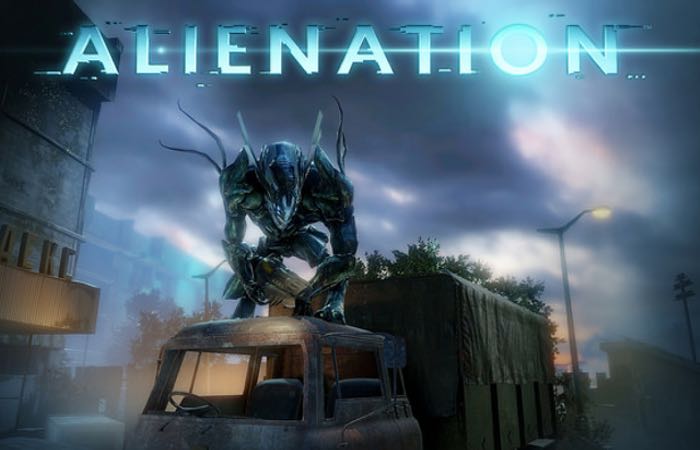 Mikael Haveri from games developer Housemarque has unveiled more details about the highly anticipated Alienation game the company is working on for release on the PlayStation 4.

Alienation was first unveiled at Gamescom 2014 and very little information has been leaked about the project by Haveri has now revealed more about the story and games development.

“One of the main draw to Alienation from a developer’s perspective is the challenge of creating an excellent multiplayer dynamic. Since the game features three main character classes, plenty of loot, and a ton of weapon customizations, the number of different team setups is astronomical. The first reaction to seeing the gameplay footage might feel a bit like confetti shot from a minigun (we like explosions), but the game actually relies heavily on tactical teamwork amidst of all the chaos.

Our Allied Forces have come across violent specimens ranging from human-like foot soldiers to extraterrestrial flesh mountains, and while they are spreading across all corners of the earth, their focus is clearly to gather at strategic military locations away from populated areas. We’ve met them in all weather conditions and even in the darkest winter nights the hostiles do not relent for a second. The only way to defeat the enemy is with uncanny tactics combined with superior firepower.

Customizing your character layouts will give you and your team a distinct advantage over the beasts from beyond. Many soldiers have returned from the field in a body bag after heading out with too much confidence. The run-and-gun strategy will get you a few victories, but it will not win the war. Coordination and building trust with your teammates will ultimately be the difference between life and death. This trial will not be an easy one, but let’s make sure that the slimebags know that they have come to the wrong planet.”

Unfortunately no information on worldwide availability has been released as yet by Housemarque, but as soon as information comes to light we will keep you updated as always.