Yesterday, a report surfacing from Japanese shores hinted that iPhone 6 could come with a curved display and rounded edges, instead of the square ones found inside the iPhone 5S.

Following the recent change, the popular designer Martin Hajek has made some new concept renders of the alleged iPhone 6 that goes with the recent revelation — MacOtakara has a decent track record when it comes to Apple-related rumors. 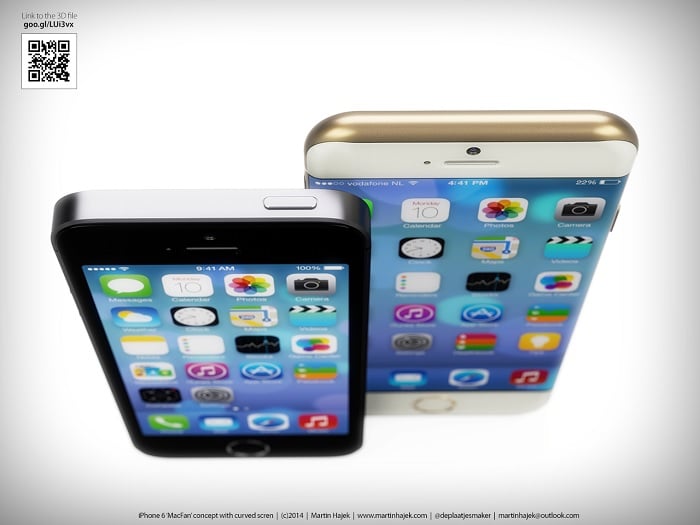 It seems the curved edges are made to make sure the device feels comfortable in hand since Apple is rumored to release an iPhone 6 with a larger display. Here are some more concept images:

For those of you who don’t know, Apple is rumored to be working on two new larger iPhone, one carrying a screen size of 4.7-inch while the second one boasts a 5.7-inch display. Both smartphones are expected to come with iOS 8 and fitness-related features, ultra retina display and an extremely thin form factor.

Some rumors also mentioned that Apple might delay the launch of the phablet-sized iPhone 6 due to battery related issues. However, there’s no concrete proof of it.

Apple is expected to launch the device this fall, possibly September. There’s no official word from Apple about it, so a grain of salt is advised. We’ll update you as soon as we get anything else.