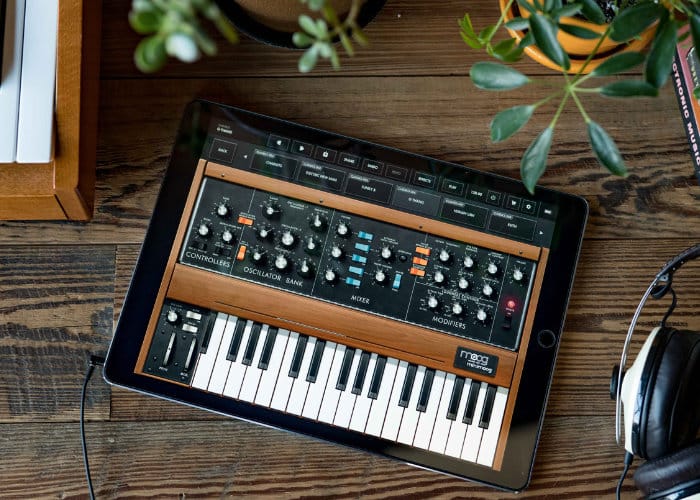 Just a few months after music synthesiser manufacturer Moog announced it would no longer be making its iconic Minimoog Model D synths due to it “being consumed at a much higher rate than anticipated.” The company has this week announced that the Moog Minimoog Model D synthesiser is now available to load onto iOS devices in the form of a $5 application. Now available to purchase and download directly from the Apple App Store. Check out the demonstration video below to learn more about what you can expect from the Minimoog Model D iOS app.

The Moog iOS application code has been based on the original analog circuit designs, of the world’s first portable synthesiser. Allowing users to shape and modulate each aspect of the “sonic phenomena” or simply use and tweak one of the included 160 presets. The Minimoog Model D App is now available for all 64-bit Apple iOS devices and is available to download for an introductory price of $4.99.

“Introduced by Moog in 1970, the Minimoog Model D served as the archetype for all electronic keyboards that followed. It gave users the ability to design their own sounds, translating imagination into reality. The Minimoog’s portability, affordability and accessibility made it the go-to instrument for musicians looking to expand beyond the traditional sounds of the time. “