Back in the 1980’s Moog synthesisers powered the pop synthesiser sensations of the time and today Moog have claimed that their application, Animoog is the world’s first professional polyphonic synthesiser designed for the iPad, bring the sounds to the digital age. 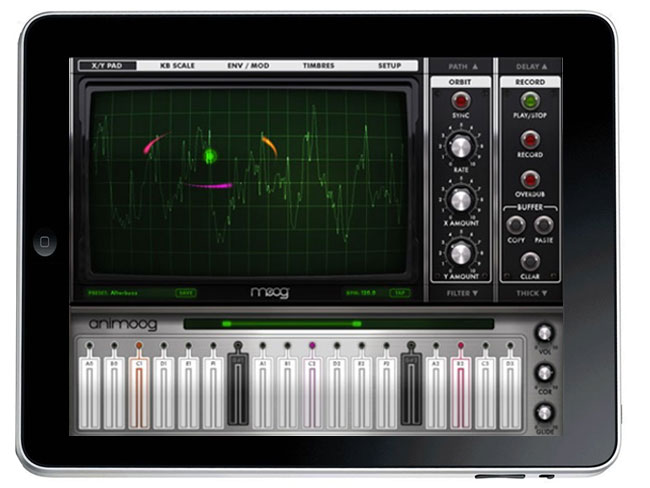 Features of the new Animoog iPad application include the ASE engine, timbre page, polyphonic modulation using the touch interface. Together with a record mode and support for MIDI in/out, which will require a Little Phatty or similar MIDI controller to link the Animoog app.

Moog has decided they would like as many people as possible to experience Animoog and have dropped the price of the app for thirty days down from $29.99 to just $0.99. So don’t delay, jump over to the iTunes App Store now to download it.