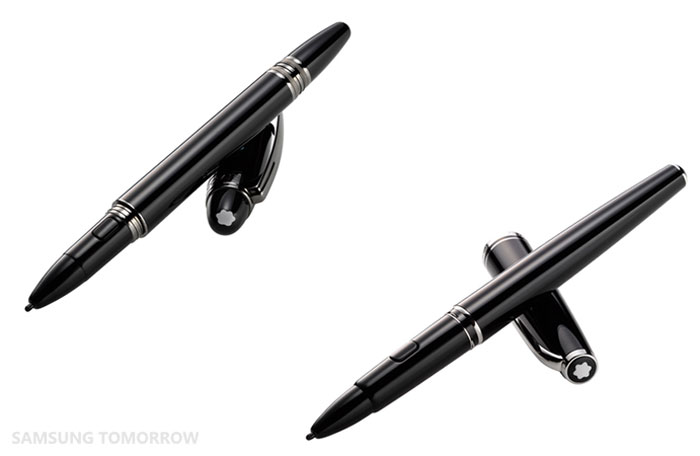 Samsung has done very well with its line of phablets called the Galaxy Note series. One hallmark of these smartphones is that they have very large screens and those screen scan be written on with a stylus. The Stylus is called the S Pen and stores away in the top of the smartphone. Montblanc is a company that has been making fine writing instruments for decades.

Montblanc and Samsung have teamed up to make a high-end line of accessories for the Galaxy Note 4 that includes a couple pens and leather covers for the smartphone. There are two pens that are able to write on the screen of the smartphone and on plain paper. The pens include the Montblanc e-StarWalker and Montblanc Pix. 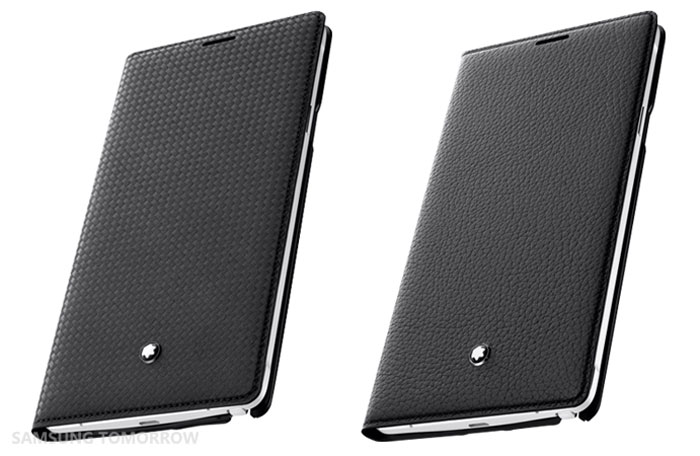 The two covers are the same, but differ in how they look on the outside. One is called the Extreme Leather Cover and it has a woven, almost carbon fiber look to it. The other is the Meisterstuck Soft Grain leather cover. Both have a digital ID chip inside that gives the user access to Montblanc digital content like 3D unlock effects, special S Note software, and five screen writing nibs. Pricing and availability are unknown.