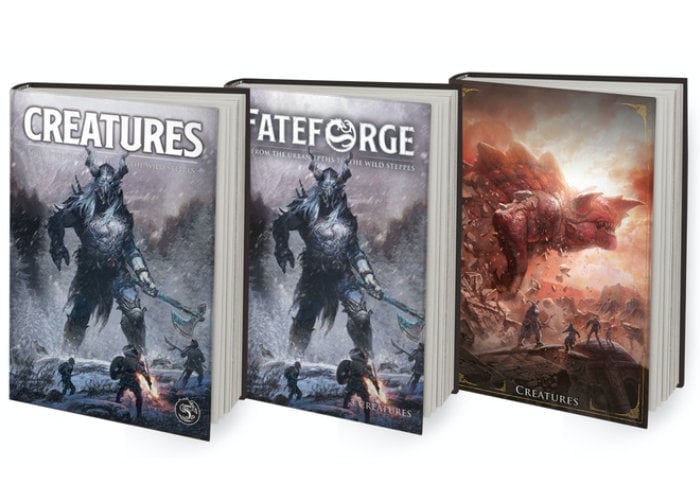 5th Edition Dungeons & Dragons gamers are worth checking out a new monster compendium designed for 5E D&D offering over 200 monsters and NPC’s with exclusive archetypes, rules, and playable species for your campaign. Creatures has been designed and written by Studio Agate the award winning French RPG studio. Creatures is available in both French and English editions and hardback and PDF are available.

“Designed by the creators of Shadows of Esteren and Fateforge, Creatures is a love letter to fantasy bestiaries. Its 400 pages detail more than 200 illustrated creatures using the 5th Edition ruleset of the most famous of roleplaying games. Its contents include 6 playable species, NPCs with related adventure hooks for all levels, reimagined classic creatures and brand new ones, as well as 15 archetypes, providing you with material to design new monsters for your games!”

“The Creatures project involves more than 20 people, including proofreaders, mapmakers, writers… Many thanks to them and congratulations for their work these last three years! Based in France, Studio Agate has become specialized in the creation of imaginary worlds, the writing of scenarios, and transmedia. We design roleplaying game books (Shadows of Esteren, Fateforge, Vermin 2047), music albums, and video games, and have won a dozen awards internationally. We also translate and publish licenses of great games (7th Sea, Vampire: the Requiem) under the Agate RPG label.”