Monopoly is launching a new version of its popular board game, called Monopoly City Streets.

Monopoly City Streets is an online version of the game, which uses Google Maps as a board and players can buy any street from anywhere in the world, players will then be able to build skyscrapers, hotels, houses and even football stadiums on the streets they have purchased. 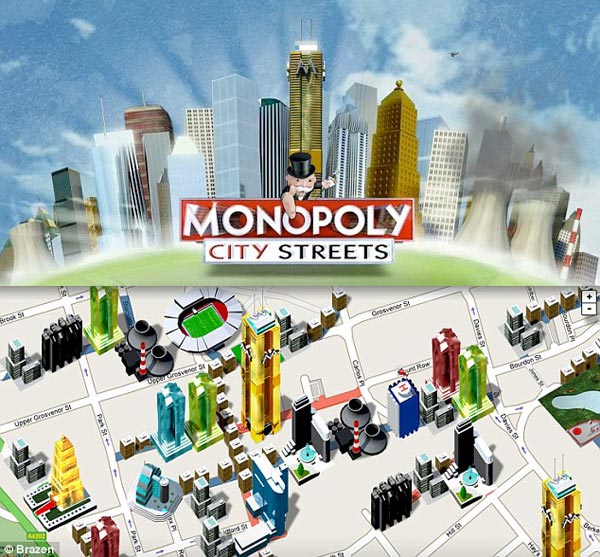 This global game will feature an incredible amount of amazing new buildings and building types from MONOPOLY. From humble houses to stupendous skyscrapers and everything in between, never before will you have had the freedom to tailor your property empire exactly the way YOU want it.

It certainly seems very interesting, and if it takes off it could be one of the largest online games, with millions of players around the world.