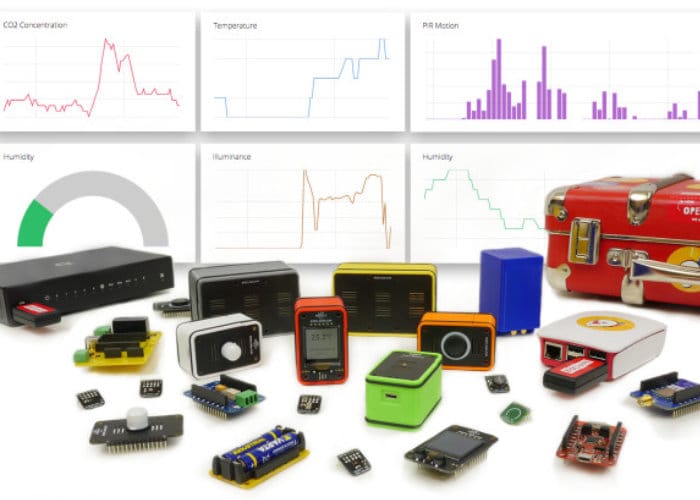 The Hardware Team has created a new Internet of Things kit specifically designed for makers and those looking to learn more about IoT. The kit includes everything you need to build a wide variety of different projects using modular, wireless and open source components, which are capable of running on batteries for years. The BigClown IoT makers kit has this month launched via Indiegogo and has already raised over $23,000.

Internet of Things kits are available from $69 with shipping expected to take place during August 2018. The developers of the BigClown kit, explain that creating smart gadgets is as simple as building a castle from LEGO bricks or putting together IKEA furniture. Watch the demonstration video below to learn more about the extensive range of Internet of Things kits, which allow you to learn more about smart gadgets and connective technology.

The kits use a Plug’n’Make system created by the developers allowing you to build projects without the need to solder or wire anything. The system also includes a smart power management module, that handles any potential problems that may occur when mixing various power sources such as batteries or USB connections at the same time. The system uses sub-GHz radio technology for connectivity offering a long-range lower power consumption system with better coexistence than both WiFi and Bluetooth, say its developers.

For more information, full specifications and a list of all available pledges, jump over to the official Indiegogo crowdfunding campaign page by following the link below.