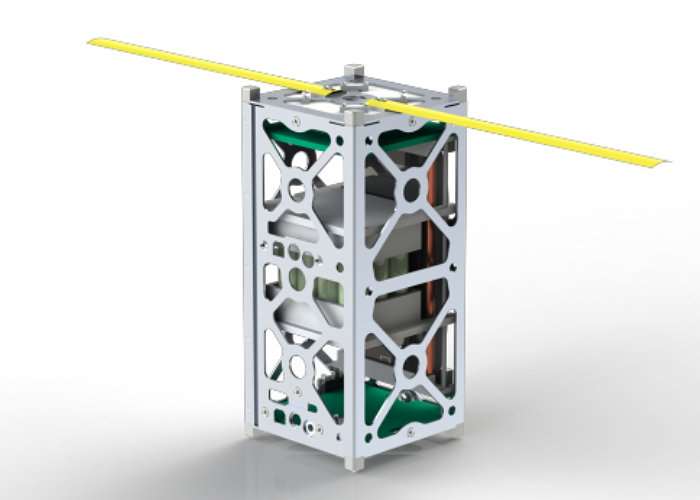 A unique satellite system has been created by a team of engineers which can be powered by a smartphone, and has been developed for consumers and researchers.

The average cost of a CubeSat is currently over $100,000 but the team is hoping to be able to create their devices at a more much affordable price. Making them available for schools, small businesses and even individuals to be able to use and benefit from.

The team explains more about the inspiration behind their Modular CubeSat smartphone powered satellite system which is currently under development and requires funding to take to the next stage of development.

The CubeSat has provided the opportunity for schools and groups to be able to build and launch their own satellites due to their relatively low cost. With the average CubeSat cost exceeding $100,000 excluding the launch cost, they are still very expensive for most schools or groups to afford. With the Modular CubeSat, we hope to provide a cheaper and easier to build satellite in order to allow everyone from the average consumer to large companies to develop their own satellites.

The smartphone is our own personal computer that we always have by our side. What if it was able to do much more? This is where the Modular CubeSat comes in. A CubeSat is a small 10 x 10 x 11.35 cm cube satellite and their relatively low cost allows many researchers and students to launch satellites for research and education. They usually use consumer off of the shelf components (COTS) which contribute to their low costs but their development costs are still very prohibitive for some schools and we think that we can make the CubeSat even cheaper.

We are a multidisciplinary team of six students at the University of California, Irvine and are excited about creating the next form of satellite development. With your help we will be able to achieve our goal of building and launching proof of concept version of the Modular CubeSat.

For more information on the Modular CubeSat smartphone powered satellite system jump over to the Indiegogo crowdfunding website to view the full campaign page.