It looks like the Modu Android smartphone is getting closer to reality, as photos have appeared of the tiny handset running Android. We have previously heard about the ModuPhone which can be transformed into different devices, using modular jackets.

As you can see from the photos and the video, the ModuPhone is tiny, and the prototype didn’t have a 3G connection, just a WiFi connection, maybe this is something that will be added with one of the modular jackets. 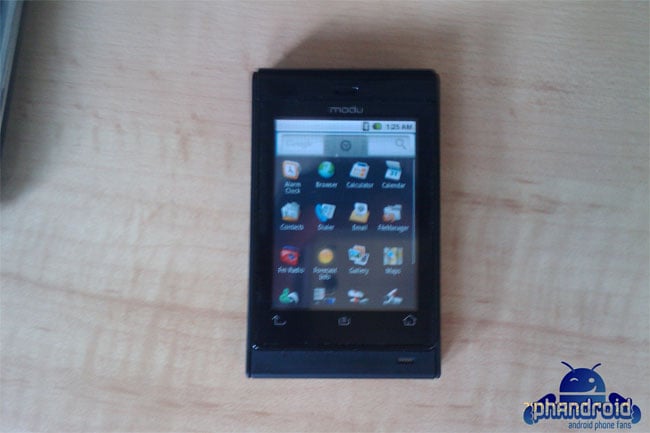 Other features on the prototype include an FM radio, a stylus, which could mean that the display is a resistive touchscreen rather than a capacitive one, there is also a 3.5mm headphone jack and a microSD card slot. Have a look and our article on Android vs iPhone to see which smartphone and mobile platform is best for you.