Having been born of conflict and strife, we really wanted Modern Warfare 3 to be a resplendent Phoenix rising from the ashes of its progenitor’s petty squabbles. And maybe it was at one point, who knows. But judging from the fifteen minutes of Survival Mode we played at Eurogamer Expo, it’s been thoroughly sprayed with fire retardant. 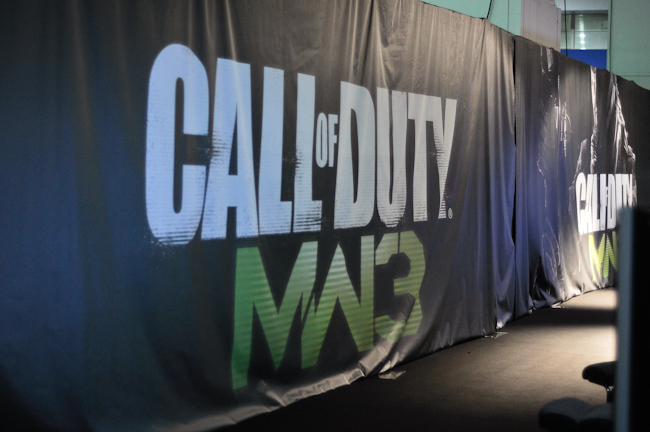 Don’t get us wrong, the new game mode is everything you’d expect. It ticks all the right boxes and definitely furnishes a solid co-op gameplay experience for two intrepid Spec Ops wannabes. But if it’s all that new, why exactly did it feel so familiar? The fact that it’s basically Gears of War’s Horde mode with Counterstrike’s weapon store could have something to do with it. But plenty of well worn game modes have seen some retooling to emerge on the other side a shining example of what a bit of spit and polish will do to a slightly dusty idea. Modern Warfare 3’s Survival Mode, however, slots neatly into everything we know about the game so far. A fun but safe and well ensconced in the target audience’s comfort zone romp that doesn’t mean much of anything.

The tameness of the enemy AI and the creaky whack-a-mole gameplay we’ve plodded through countless times before could have been overlooked, if there were any other signs of life apparent. As it stands, what we’ve played of Activision’s latest entry in the franchise appears to lack even the slightest shred of imagination and chooses to content itself with filling a gap in the calendar and providing an adequate distraction until the digit on the end changes again next year.