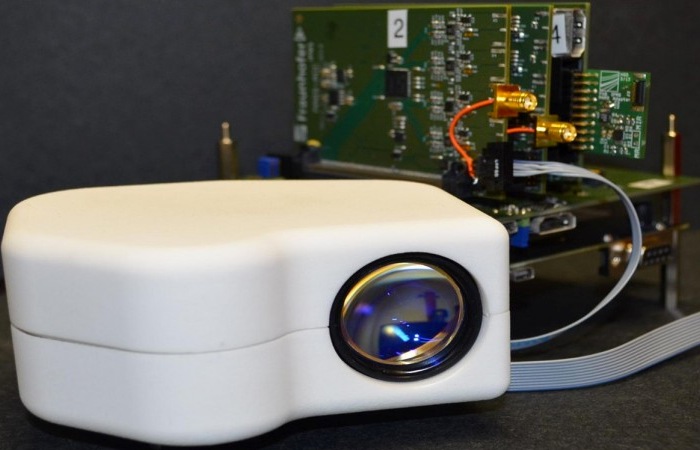 Researchers at the Dresden-based Fraunhofer Institute for Photonic Microsystems (IPMS) have this week unveiled a new prototype they have created which has allowed them to shrink down the current retinal scanning technology into a device small enough to be placed in the palm of your hand.

Previously the technology required to run a reliable retinal scan has been very bulky, awkward to use and often very expensive. The new pocket sized MARS prototype will be showcased at Optatec 2014 in Frankfurt running from May 20th to 22nd.

The new portable optical scanning device uses silicon-based microelectronic components that are as small as microchips, an optically-safe infrared laser, and a series of optics, including a Micro Electro Mechanical System (MEMS) scanning mirror, explaining its creators.

To perform a retina scan the device’s laser scans the blood vessels, which stand out against the photoreceptor cells of the retina because they reflect less light. The blood vessels are mapped and the pattern compared with the pattern stored in an internal memory.

The new MARS prototype has been designed to provide users with a small optical device capable of scanning retinas. However the electronics which are also required to process the data have still yet to receive the same reduction in size, so development of the device is still ongoing.