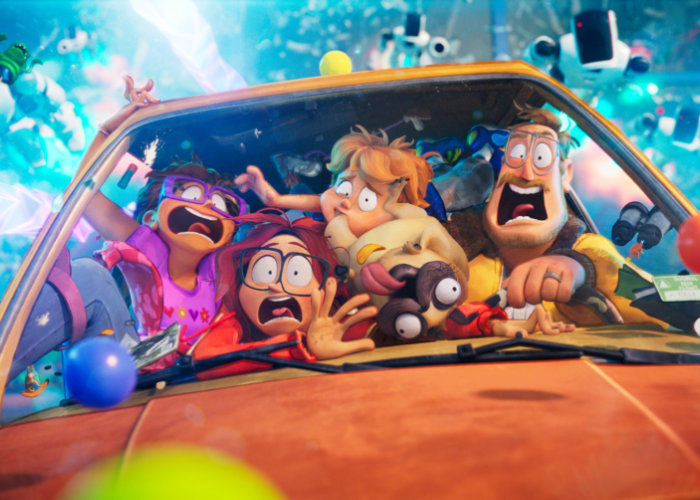 The delayed animated film The Mitchells vs. The Machines will now premiere on Netflix next month and will be available to watch from April 30th onwards. Sony Pictures originally planned to premiere the film in theatres last October but due to the COVID-19 Pandemic delayed its release until April 2021. Check out the The Mitchells vs. The Machines announcement trailer below to refresh your memory on what you can expect from the movie.

“The Mitchells vs. The Machines (formerly Connected) is an original animated comedy about an everyday family’s struggle to relate while technology rises up around the world! When Katie Mitchell (voiced by Abbi Jacobson), a creative outsider, is accepted into the film school of her dreams, her plans to meet “her people” at college are upended when her nature-loving dad Rick (voiced by Danny McBride) determines the whole family should drive Katie to school together and bond as a family one last time.”