It’s kooky, a little odd, but adds a new dimension to brushing your teeth. It’s the “Tastes Like Rain”! Tastes like what? It’s a toothpaste dispenser that changes its ‘flavor’ (one of three) according to the weather. 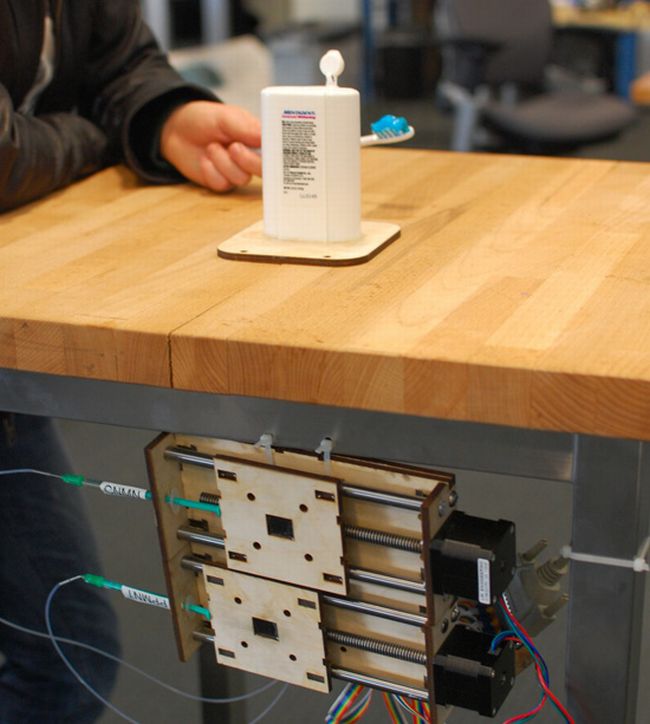 Developed by a team at MIT Media Labs, the Tastes Like Rain is currently a working prototype that has three functions according to what’s going on outside: Mint if its cold, cinnamon when it’s warm/hot, and blue toothpaste if its raining outside. If you’re wondering about apocalyptic blizzards, hale, and tornadoes well, the team led by David Carr aren’t there yet.

Tastes Like Rain is actually not a very complex machine and is a toothpaste dispenser attached to a Linux PC. The Linux has custom software to compile forecasts and assign the flavors. Linear actuators then squeeze the toothpaste out the Mentadent dispenser.

While Carr and his team thinks there’s commercial value in their prototype once another more compact variant is built, we think it’s off kilter to get this kind of info from your toothpaste. Assuming that people who’ll likely buy Tastes Like Rain are office workers who go through the usual morning routine, keep in mind that there are several ways to keep tab of the weather—TV, your iPhone, and just looking out the window.

We do think flavored toothpaste is yummy though.