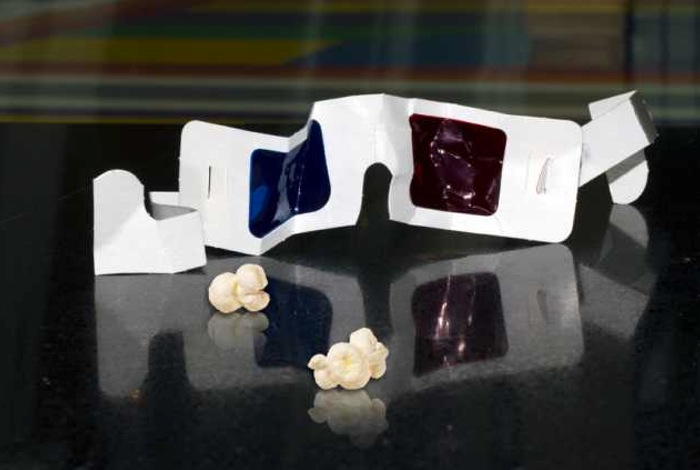 Researchers in the Camera Culture group at the MIT Media Lab have this week unveiled a new glasses free 3D projector they have created which has also been created to make conventional 2D video higher in resolution and contrast.

The researchers at MIT have been developing the new glasses free 3D projector over the past three years and have created a design that will offer a more practical alternative to holographic video in the near future offering users a glasses free multi-perspective 3D video screen.

Larry Hardesty from the MIT News Office explains a little more about the glasses free 3D projector project the team has been developing:

“Multiperspective 3-D differs from the stereoscopic 3-D now common in movie theaters in that the depicted objects disclose new perspectives as the viewer moves about them, just as real objects would. This means it might have applications in areas like collaborative design and medical imaging, as well as entertainment.

The MIT researchers — research scientist Gordon Wetzstein, graduate student Matthew Hirsch, and Ramesh Raskar, the NEC Career Development Associate Professor of Media Arts and Sciences and head of the Camera Culture group — built a prototype of their system using off-the-shelf components. The heart of the projector is a pair of liquid-crystal modulators — which are like tiny liquid-crystal displays (LCDs) — positioned between the light source and the lens.

Patterns of light and dark on the first modulator effectively turn it into a bank of slightly angled light emitters — that is, light passing through it reaches the second modulator only at particular angles. The combinations of the patterns displayed by the two modulators thus ensure that the viewer will see slightly different images from different angles.”

Watch the video below to learn more about the new MIT revolutionary glasses free 3D projector that will allow users to watch 3D movies without the need to wear any special eyewear to view the 3D effects correctly. For more information on the new MIT project jump over to the MIT website for details.