Minibloq is a new Kickstarter project has been designed as a programming language for Arduino motherboards created to make much more fun and easy for children to make their own microprocessor projects.

Is a graphical programming environment for Arduino and other physical computing devices, such as DuinoBot or Maple designed by Julián da Silva a developer who has been working in educational robotics since 1994, and currently works at a startup called Robotgroup where he designs robots. 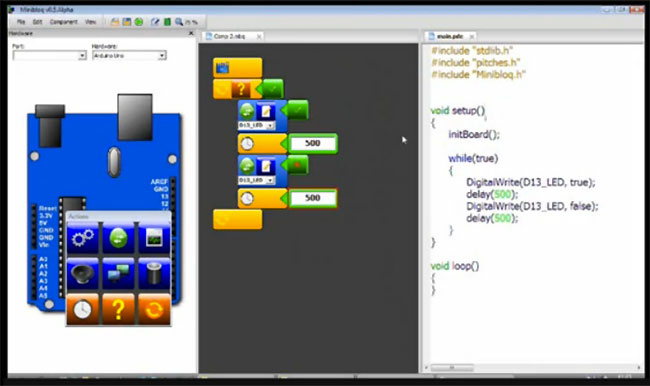 The video below shows the Minibloq-RG graphical programming environment, with a DuinoBot.Kids as target, running on pen-based touch Intel ClassMate. The DuinoBot.Kids is a not yet released Arduino-compatible robot controller.

You can find more information about the Miniblog project over on the Kickstarter website.