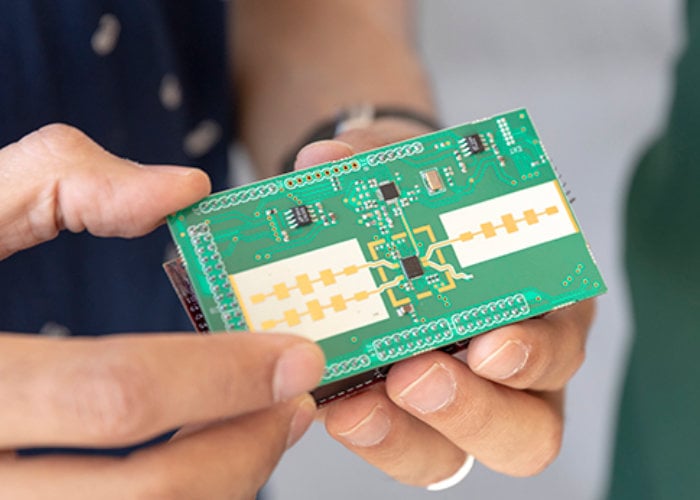 A miniature radar has been created by You in collaboration with scientists at the VTT Technical Research Center of Finland with the aim of providing a portable radar device that could allow visually impaired people or unmanned drones to detect objects in real time. The new mini radar device is small enough to fit inside a 10 centimetre box, weighs less than 150 grams and is powered by a 5V battery.

“Current radar modules are large and bulky. They also lose out on key details because they operate using long radio wavelengths,” says Seifallah Jardak, who worked on the project under the supervision of Sajid Ahmed and Mohamed-Slim Alouini from KAUST and along with Tero Kiuru and Mikko Metso from VTT. “We wanted to develop a low-power, portable radar. Colleagues at VTT brought the necessary experience in millimeter-wave and hardware design, while I focused on the signal processing side and developed modular radar software,”

“To limit the size of our system, we chose an operating frequency of 24 Gigahertz. This enabled us to reduce the size of the microstrip antenna,” says Jardak. “Our design also has one transmitting and two receiving antennae, meaning it can better estimate the angular location of a target.” “Our prototype may also be useful for unmanned robotic and quadcopter applications where a collision avoidance system is required,”

For more information on the miniature radar system jump over to the official KAUST website by following the link below.