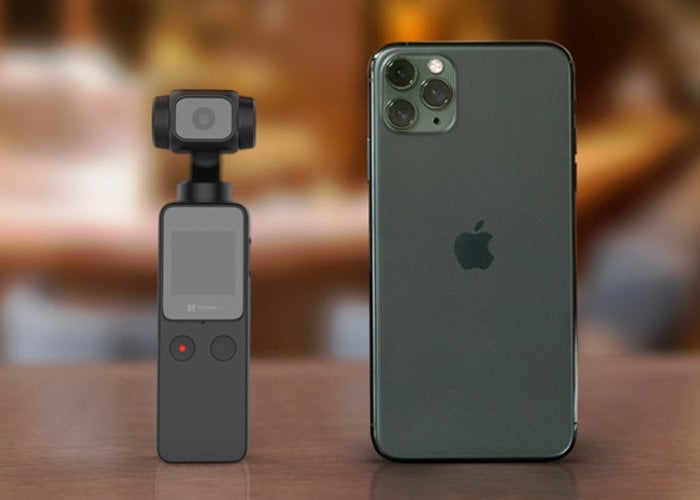 Capture Pocket is a compact 3-axis stabilised handheld camera created by the development team at Funsnap based in Singapore. The camera features integrated stabilisation and is capable of capturing 4K video footage. Other features include voice control and artificially intelligent face recognition, time-lapse and slow motion capture all of which can be captured wirelessly. Watch the demonstration video below to learn more about the Pocket camera launched via Kickstarter this week. 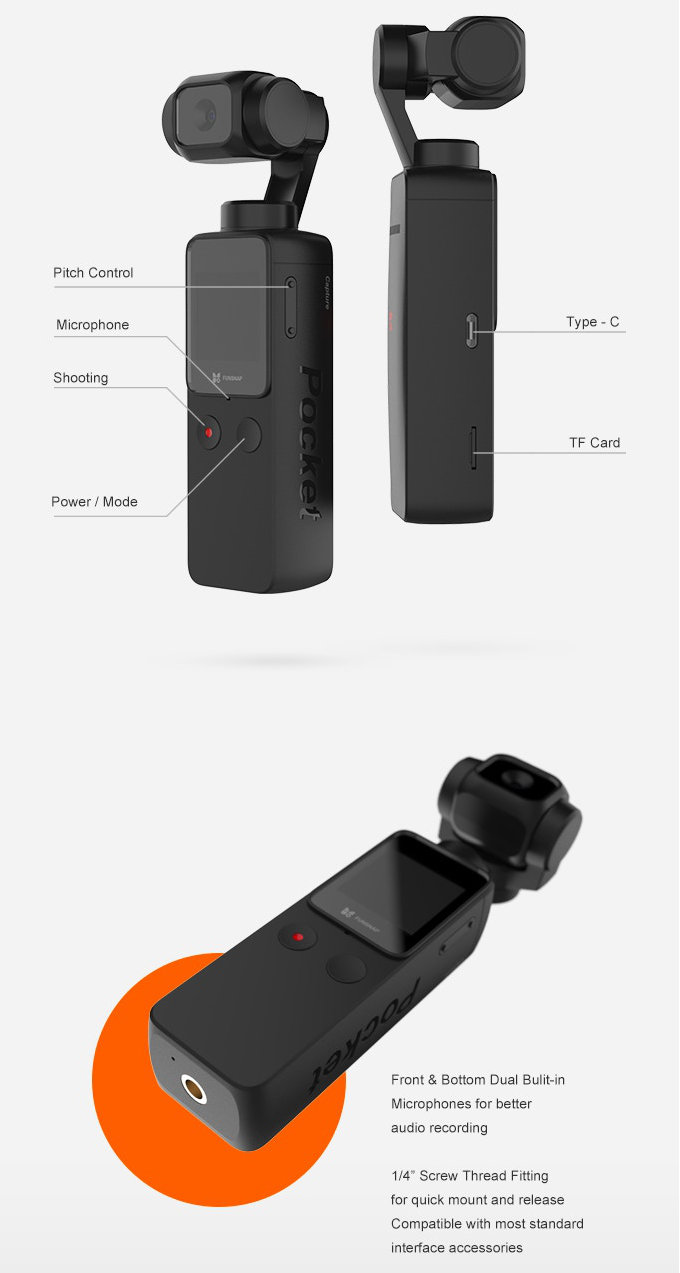 Early bird pledges are available from $129 or £100 for the Capture Pocket early bird package which will start shipping out to backers during February 2020. The small camera supports external microphones and features mechanical stabilisation and a touchscreen control pad. The small 4K camera measures 142 x 34 x 25 mm in size and weighs 150g. The Capture Pocket Camera is equipped with the Ambarella H22 S85 microchip and Sony IMX378 sensor, enabling users to capture 4K video shoot at 60FPS in High Definition, with slow-motion video up to 8 times capturing rate.

“Capture Pocket has been designed to accompany you on all your travels to make sure you can capture every moment that’s worth remembering without adding any extra bulk to your luggage, bag or purse. In our attempt to design the most fitting stabilizer, we have tried numerous designs. The result is a square design. This design fully optimizes the internal structure space by accommodating high-performance electronic circuit boards and large capacity batteries. Beyond specifications, this design is ergonomic, providing user with comfortable grip.”

“Capture Pocket is smaller and weigh less than your iPhone 11 Pro. It is now a reality, to have a camera that fits into your pocket, and shoot like a pro. Anytime and anywhere. Capture Pocket has a camera built on its three-axis mechanical gimbal. With the touch screen display, various functions can be accessed quickly to achieve desirable configuration during shoot. Make your video stunning by switching between different modes of shooting – Photo, Video, Slow-motion and Time-lapse video.”