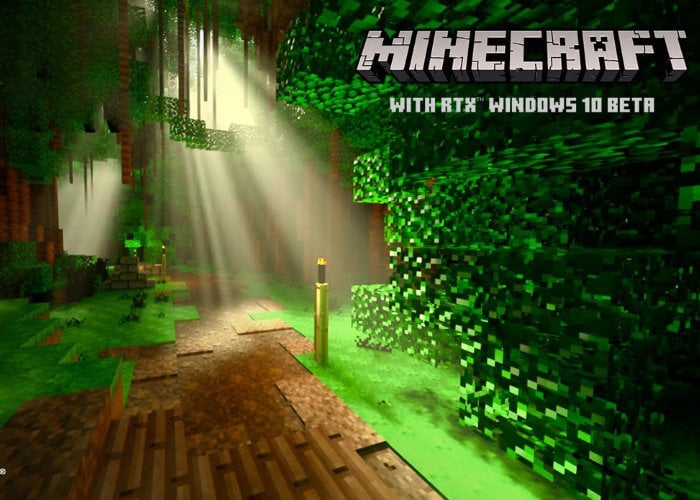 – You must have a ray tracing capable GPU to experience ray tracing features and content, for example, a GeForce RTX 2060 GPU or better.
– You may need to update to the latest version of Windows 10 before you can participate
– You must own Minecraft to participate in the Minecraft with RTX Windows 10 Beta.

“Thanks to our partnership with NVIDIA, the Minecraft with RTX beta for Windows 10 brings a form of ray tracing known as path tracing to the game. What does that mean? Basically, it means that we’ve added new capabilities to our graphics engine, called Render Dragon™. It also means you can experience creator-built worlds that are illuminated with realistic lighting, vibrant colors, naturally reflective water, and emissive textures that light up.”

“A beta version of Minecraft RTX is available, delivering astonishing visual effects and the kind of realism in lighting that only path tracing can deliver. To show off the impact that hardware accelerated RT brings to the game, Alex Battaglia builds his own ray traced house of fun, demonstrating the unprecedented realism added to the game.” explains the Eurogamer team.