You can build just about anything you can dream up in the video game Minecraft. There are all sorts of blocks that you can use to build anything from the real world or whatever your mind can dream up. Googles Quantum AI Lab Team has released a new mod for the game called qCraft. The mod adds blocks exhibiting quantum entanglement, superposition, and observer-dependency properties. 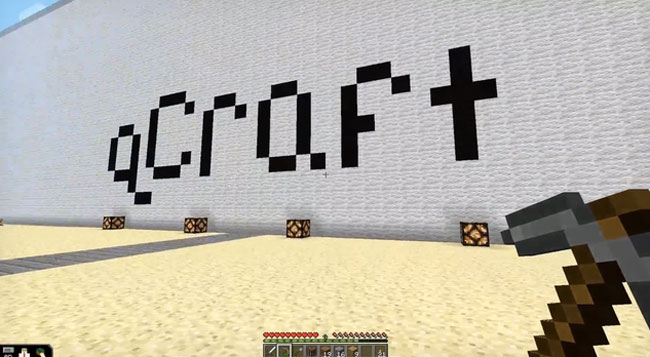 Some of the crazy blocks in the game on can be activated by looking at them while others might disappear at any moment. “We built the Quantum A.I. Lab to explore the potential of quantum computing, and figure out what questions we should be asking,” says the the Lab Team in a post on Google+. “One question is clear,” the post reads. “Where will future quantum computer scientists come from? Our best guess: Minecraft.”

The folks at Google are specific in calling out that qCraft isn’t a perfect scientific simulation. The intention is to offer players a glimpse at some quantum mechanics outside of thought experiments and textbook examples. The mod looks interesting and will certainly give Minecraft users some new content play with.