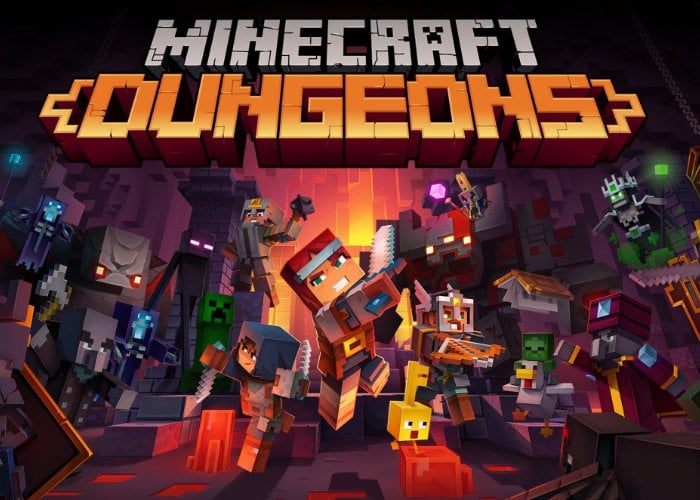 Megan Spurr, Community Manager at Xbox Game Pass has taken to the official Xbox news site this week revealing the new titles some of which are already available with Minecraft Dungeons arriving today. Available on launch day with Xbox Game Pass, Minecraft Dungeons allows players to fight their way through the all-new action-adventure game, inspired by classic dungeon crawlers and set in the Minecraft universe.

“Up to four friends can play together, or you can brave the dungeons alone. Battle new-and-nasty mobs across action-packed, treasure-stuffed, wildly varied levels, all in an epic quest to defeat the evil Arch-Illager!”

Alan Wake – The acclaimed cult classic Alan Wake, from award-winning developers Remedy Entertainment, is celebrating its 10th anniversary this year. As the best-selling writer Alan Wake’s wife disappears on their vacation, his search turns up pages from a thriller he doesn’t even remember writing. A dark presence stalks the small town of Bright Falls, pushing Wake to the brink of insanity in his fight to unravel the mystery and save his love.

Cities: Skylines – We’re excited to welcome Cities: Skylines back to Xbox Game Pass! You’re in charge of a growing city, from the ground-breaking of its first streets to the ever-changing needs of thousands of citizens, you will design, build, and manage the city of your dreams. From public services to civic policies, challenge yourself to grow from a simple town to a bustling metropolitan hub.

Golf with Your Friends – Why have friends if not to play golf… with your friends! Take on multiple mini-golf courses from jungle adventures all the way to a sci-fi space station. Par-Tee online with up to 12 players and try your hand at different game modes including classic mode, hoops, and hockey.

“This month, Ultimate members can enhance their fleet with the German Steel in World of Warships: Legends. Use the force of German Navy with the battleship Bayern and its permanent camo, become a naval legend with the nimble destroyer G-101, and progress with boosters and 7 days of Premium time.

Plus for those who haven’t grabbed them yet, you can still grab a monthly boost with exp and rare drop boosts for Phantasy Star Online 2, VC and skill boosts for your NBA2K20 MyTeam and MyPlayer, and, Spotify Premium for 6 months in the United States to listen to your favorite tracks offline, anywhere, ad-free. Additionally, Xbox Game Pass Ultimate members in the United Kingdom, France, Germany, Australia, Mexico, and Brazil can enjoy Spotify Premium for 3 months. Terms and conditions apply.”

Games leaving Xbox Game Pass on May 29th include :