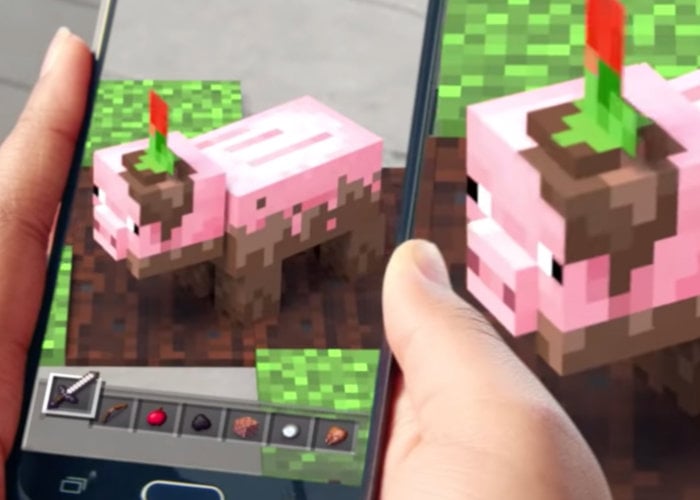 Ahead of its big Minecraft AR game reveal taking place in just over a week’s time on 17th May 2019, Microsoft has released a teaser video providing a quick glimpse at what you can expect from the new augmented reality version of the game. The new augmented reality Minecraft game Has been specifically designed for mobile devices and although Microsoft has not revealed any details about how the experience will play out more is expected to be unveiled later this month.

For those of you unfamiliar with augmented reality, the technology is an interactive experience that combines the real world with digital gameplay and graphics allowing the real world to interact with the digital application. “The overlaid sensory information can be constructive or destructive and is seamlessly interwoven with the physical world such that it is perceived as an immersive aspect of the real environment. In this way, augmented reality alters one’s ongoing perception of a real world environment, whereas virtual reality completely replaces the user’s real world environment with a simulated one.”

As soon as Microsoft releases more details about the new Minecraft AR mobile game on May 17th 2019 we will keep you up to speed as always.