In case you missed the Joker pun at the title—bah! Never mind. Below are the latest from Japanese purveyors of cute Mimoco, who’ve unveiled a classic Batman line of USBs. Okay, so they all look like they’ve got hydrocephalus but we don’t think this’ll curb Batman fans’ enthusiasm for the gadgets. 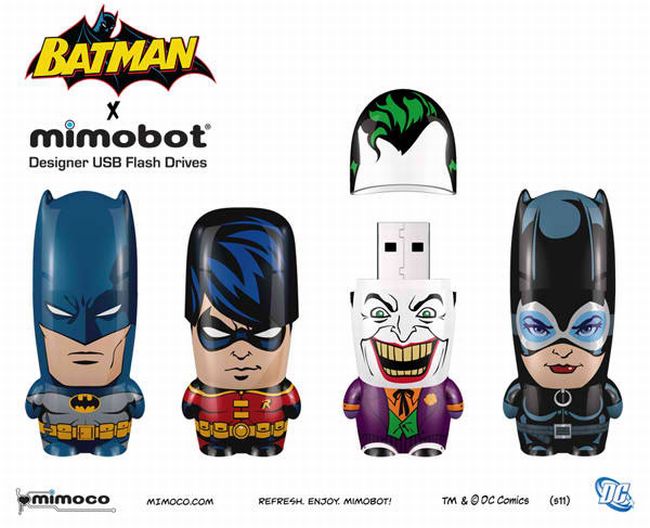 To excite the lives of Batman fans and casual admirers everywhere, Mimobot has unveiled a new line of oddly shaped USBs that include almost the whole Batman family (that’s the Dark Knight plus Robin and Bat Girl) and his arch foe the Joker. It would have been cool if more villains were available, though. Like Two Face, Riddler, and Bane. Let’s not forget Mr. Freeze.

The whole selection of Batman USBs can be viewed at the Mimobot site.

There are actually two versions of Batman available: The blue caped one and the black. The USBs are available in 2 GB versions ($20.00) or heftier 16GB monsters ($60.00). And nope, there isn’t one of Alfred.